Donald Trump has been claiming election fraud since before he was elected.  His election defied polling results.

Now Trump and his henchmen have argued that the election machinery itself was hacked, and they know how it's done.

Maybe Trump is right.  Maybe the elections have been fraudulent.  And maybe he knew it because he was the beneficiary, rather than the victim.

The Republican party has demonstrated a willingness stoop to any level to win elections, from gerrymandering to disenfranchisement. Not to mention trying to use the courts to outright steal the Presidency.

Why have they focused so closely on elections where mail-in votes were counted last?  Could it be because their vote-changing algorithms were rigged to switch just enough votes from the day-of counts to assure "victory?"

Rather than challenging the votes of Pennsylvania, et al., somebody should be investigating states like Texas.  It is, after all, one of the favorite tactics of the Distracter-in-Chief to accuse his adversaries of transgressions of which he himself is guilty.

Posted by filberthockey at 11:10 AM No comments:

Remember when Donald trump claimed he could "stand in the middle of Fifth Avenue and shoot somebody"?  It appears he was not just bragging, he was fantasizing.

A pathological bent for seeing people die would certainly explain his behavior.

Granted, staring at the partially-eclipsed sun would only set an example for blinding, rather than killing, his worshipers, but drinking Clorox could easily bring an untimely end.

And now he's advocating hydroxychloroquine as an improvement over social distancing, despite strong evidence that it does nothing to help treat Covid-19 but might cause one's heart to malfunction.

The first step toward remediating a stopped economy should be suspending all debt and rent payments.

Just as wage earners are being forced to make sacrifices while they are out of work, rent collectors should not continue to force payments while the economy is stalled.

In this way, people will not be forced from their domiciles, small businesses will not lose their leases, and investors will be able to defer loan payments on capital equipment.

Problems of subsistence can then be addressed with stimulus payments.
Posted by filberthockey at 10:44 AM No comments:

In a just world, Japanese-Americans would not have been interred at the start of World War II.

In a just world, frightened folks from Central America would be welcomed to sanctuary at our southern border.

In a just world, refugees from New York would not be hunted down like slaves fleeing slavery when they left the city.

This isn't a just world.

I know, it's complicated.  I don't particularly want to see cars with New York license plates driving down my street right now.  But we're all in panic mode.

It would be easier to take the high ground had the government started developing testing modalities when they first learned of the plight of Wuhan.  Better still, the Chinese government might have let the world in on their little secret a bit earlier.  Had that occurred, however, I doubt our government would have acted any more quickly.

But just as we shouldn't be condemning our elderly to make the ultimate sacrifice (I've got plenty of skin in that game), neither should we condemn our northern neighbors for not wishing to make that same sacrifice.

I know, we all need to shelter in place.  But like those cruise ships at the start of this exercise in futility, we shouldn't expect everyone to stay put when the virus is knocking at their door.  There's probably a more humane solution than sending them back.
Posted by filberthockey at 7:52 PM No comments:

Hey, Boomers, tired of living in the shadow of the Greatest Generation?

Now's the chance to make the supreme sacrifice for your country.

Ignore Covid-19 and get back out in society.  Quit your whining social distancing.  Put America back to work again.  Steepen that curve!

You may soon be dead, but you won't be forgotten for at least one news cycle.

You'll never be as Great as the Greatest Generation, but at least you won't be remembered as the Generation that Crashed the Economy.
Posted by filberthockey at 11:03 AM No comments:

We're all hunkering down in an effort to "flatten the curve" of the novel coronavirus spread.  In order to prevent hospitals from being overwhelmed, we're supposed to help spread  out the incidence of the disease to a manageable caseload.

This is entirely backwards, and points out one of the many failures of the American health care system.

What are the economic consequences of shutting down the economy?  Aside from the so-far-projected $80 billion bailout of the airline industry, what about the $1,000/month basic income payment to each adult for, say, four months.  There's another trillion dollars.  We've lost a few trillion in "vanished" wealth in the stock market.  There are plenty of other victim sectors - just how well is the gig economy going to recover?  Ready for another housing market foreclosure debacle?

Suppose, instead, we had EXCESS health system capacity to care for the whole shebang.  Sure, we'd have to have more hospitals, and more health care professionals, all of which would sit idle during health emergency down times.  Still ... one can imagine the total economic costs would be considerably lower.

It would still be reasonable for us older, more vulnerable geezers to keep a low profile.  Retirees not going to work isn't going to cause much of a hit to the system.

In any system, enabling sick people to stay home from work would be a productivity-enhancing policy.
Posted by filberthockey at 10:57 AM No comments:

In days of yore politicians often ran on "Lawn Order" platforms.  No, these weren't HOA's run amok when your grass got too high, it was frequently a pitch against those who got too high on grass.

That is to say, politicians argued for votes proclaiming they were going to make American safe again.

So, they got elected and passed laws that criminalized enough people for them always to have a straw victim they could blame when it came time to run again (usually the day after they were elected, but that's another story).

Did those politicians want to see crime go away?  Heavens now.  Without crime, they wouldn't have a leg to run on.

We now see this strategy elevated to the highest degree with Iran.

The President decries the behavior of Iranian rulers, then pursues policies to insure that behavior continues.

Today's elections in Iran are guaranteed to move that country to an even more America-unfriendly position.

Just what the current American regime wants.
Posted by filberthockey at 11:34 AM 1 comment: 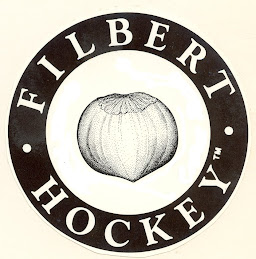